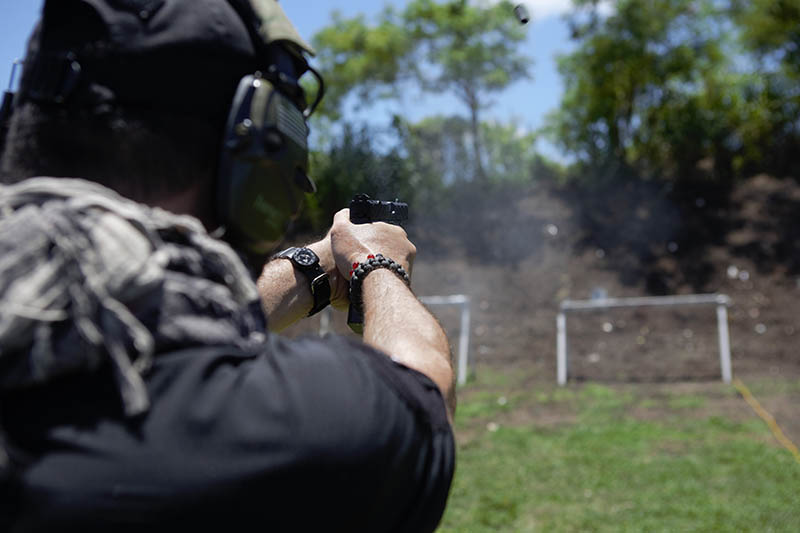 Go to enough shooting schools and eventually you will hear an instructor pass along a piece of age old wisdom, “Speed is fine, but accuracy is final.” Wise words and a good rule of thumb. Unfortunately, reality is a bit more complicated. If a typical gunfight lasts three seconds but you need four seconds to draw and deliver your first supremely accurate shot the only thing that will be “final” is your life.

Practical shooting – whether it’s for fighting or for competition – necessarily requires a balance between speed and accuracy. How you balance them is dependent on the target, distance, situation, and your skill level. But balance them you must. Faux wisdom aside, accuracy alone isn’t going to win the day. If you cannot deliver fight-stopping hits faster than your opponents, you lose.

While we’re slaughtering sacred cows, here’s another heretical statement: accuracy is easier to learn than speed. Basic marksmanship can be taught in little time. The fundamentals are well known and understood by most instructors. Essentially, it boils down to proper sight alignment and proper trigger manipulation. Learning those fundamentals well enough to achieve our goal (say, hitting a torso at 25 yards) is no challenge.

Too often, instructors approach speed as if it were some kind of natural evolution. “Slow is smooth and smooth is fast” is another one of those silly lines instructors bandy about without really understanding the underlying principles. The fact is, if you practice slow deliberate perfect marksmanship all the time the only thing you’ll be good at is slow deliberate marksmanship. Speed won’t just happen on its own.

A common exercise used to build speed is the Bill Drill. A Bill Drill, essentially, is firing six shots as fast as you can guarantee six good hits. But if you are getting six good hits every time you do a Bill Drill, you aren’t pushing yourself. You aren’t challenging yourself. And you aren’t going to improve much. Instead, find a pace that has you missing a shot every drill or two. Missing 10-15% of your shots means you’re in the zone. If you miss more than that, you need to slow down and work on marksmanship. If you miss less, you need to speed up.

By taking this approach, it is easy to regulate how fast you should be going. You’ll get immediate feedback. If you’re shooting a fist-sized group at seven yards, you are going too slow. If you can’t keep most of your shots within an 8” circle at that distance, you’re going too fast. Adjust your tempo and try again. Pay attention to what the gun and target are telling you. Learn from them.

Why are we purposely missing the target? As stated earlier, learning to shoot fast is harder than just learning to shoot accurately. Shooting fast means learning to go faster than you have before. You need to learn to manipulate the trigger faster, see the sights faster, control muzzle flip better. Learning to shoot faster means getting a little out of control. Not a lot, but just enough to feel that edge, to find the limit of your performance and push past it just a little.

Now, I’m not telling you to close your eyes and pull the trigger as fast as you can. Allowing 10-15% misses also means requiring 85-90% hits! If you’re just making noise as fast as you can, you’re not learning to shoot better. Also, this permission slip to miss only applies when working specifically on speed. Marksmanship drills, tactical drills, judgmental shooting drills should all be done with the intention of making every shot count. The same is obviously also true for any real application, whether it be competition or a gunfight; stress and opponents will already be working hard to make you miss, don’t add to it by going crazy on the trigger.

Where do we begin?

Grip: Once your body is in position, next your hands get into position. For the sake of accuracy, your grip needs to be consistent. For speed, it also needs to be stable. Grip the gun as high as you can without interfering with the controls or the movement of the slide. Point thumbs forward, not up or crossed over one another. Your strong hand should be gripping the gun like a firm handshake but no harder, which helps isolate your trigger finger muscles and makes it less likely you’ll milk the grip as you fire. Your weak hand should provide the real support, squeeze your weak hand as tight as you can without creating a tremor which might upset your sights. Your hands should contact the grip in a full circle. The bases of your palms should be touching to complete that 360-degree coverage. Many people find better recoil control if they push forward slightly with the gun hand and pull backwards just slightly with the support hand. Finally, press inwards with both hands by tightening your chest muscles. This will significantly reduce the muzzle’s movement in recoil.

Trigger Manipulation: You’ve taken your stance, gripped the gun, lined up the sights and the target … now it’s time to pull the trigger. Like visual reference, trigger manipulation is all about time. Finesse versus urgency. The technique never changes. You’re always applying consistent pressure in a straight line, pressing the trigger towards the back of the gun without disturbing the alignment of your sights. As you go faster, you accept that it won’t be quite as perfect as you’d like. You accept that you won’t be shooting the smallest possible group because instead your goal is to hit within an acceptable area (for example, an 8” circle at seven yards) quickly. The other aspect of trigger manipulation which is important to speed shooting is the trigger reset. Learn to release the trigger and be ready to fire again before the muzzle comes back down from recoil. Doing this not only saves time but also usually reduces the distance you’ll need to pull the trigger before your next shot fires, which in turn means less chance to make an error during the trigger press.

Shooting fast is no less a skill than shooting accurately. And unless the only thing you care about is bullseye shooting, learning to shoot faster is a fundamental aspect of becoming a better shooter. The only way to get faster is to go faster. Push yourself, stay focused, and have fun. 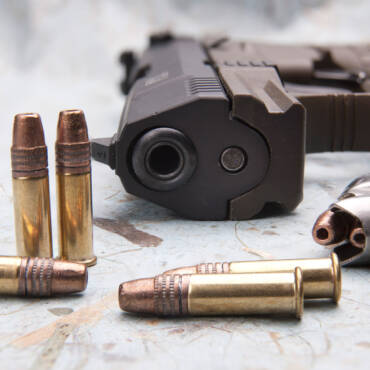